Bulaggi, famous for their bags featuring colourful prints and fine detailing, will be celebrating their 50th anniversary in 2019.

How it all started

Wim started his business travels to countries in South America where he obtained leather materials. his wife Trix manufactured belts with her sewing machine behind the kitchen table in their humble flat.
It were tough years for the entrepreneurs with two young kids below the age of 3 and their third child: Bulaggi who asked for the most attention. Luckily the years paid off and Bulaggi grew in the years to follow to a succesful European family company.

It didn't take long before the own production of leather belts were exchanged for bags and belts from South America. During the economic crisis in the eighties, the company switched to bags made from PU material (imitation leather). The price of leather had risen sharply in that period, making it more difficult to sell. Fortunately, the move to fashionable PU bags was a good move, because Bulaggi has grown over the past 50 years into the beautiful European family business that she is today. 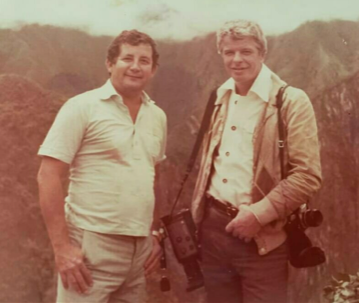 Founder of BULAGGI, Wim Walraven (on the right) in Colombia in 1973

From father to daughter

Bulaggi’s head office and showroom are still domiciled in Hilversum, The Netherlands and it is from there that Annemarieke and her close-knit team serve the whole of the European market.

"I am immensely proud of where we are today with the Bulaggi brand. Obviously, I have watched the business grow and flourish since I was a child, and I have Bulaggi in my DNA. Together with my team I am building on a brand that is going to continue to make the life of our female fans colourful for the next 50 years too. And who knows, one of my own daughters may be at the helm of the company one day". Annemarieke Schouten-Walraven, Bulaggi owner and designer.

The warmth and intense passion for the brand can be felt throughout the business, and it is no coincidence that the elements of the Celebrate collection have been named for the female members of the team: Elise (e-commerce), Lobke (design), Marcella (marketing & communication), Sabrina (sales & export), Mirjam (sales NL), Annemarieke (director-owner), and not forgetting her mother Beatrix (co-founder). 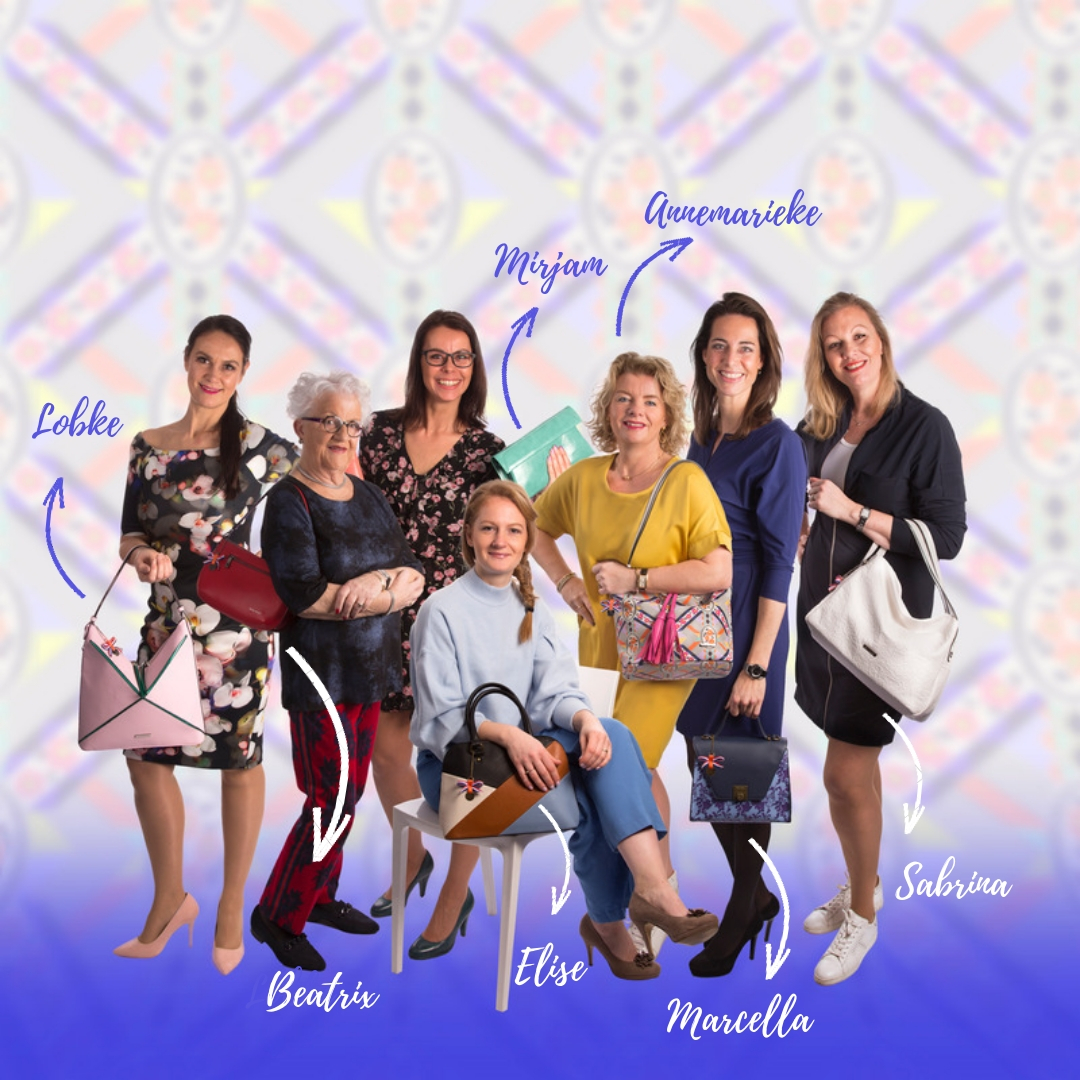 All series within the Celebrate collection have been named after a feminine staff member
of the BULAGGI team.

With love for colourful experiences

Bulaggi just loves colour. Bulaggi is known for celebrating life with its distinctive and contemporary style, something which is also clearly expressed in this new Celebrate collection. Bulaggi has opted for a rich variety of materials as usual, and all the bags feature opulent finishing touches, ranging from tassels to zips. The new prints, specially designed for this collection, are one of a kind.

The 'Annemarieke' series features a playful reference to the historic prints of Dutch tiles. It commemorates the founding of Bulaggi and is the eye-catcher of the Celebrate collection.

The 'Sabrina' series has a uni design and is characterised by its bright colours and material, which has a crumpled paper look.

In the 'Elise' series, the turned edges of the juxtaposed segments are fixed without top-stitching to a soft backing material, resulting in a beautifully fluent transition of colour blocking. This classic, yet modern bag is one-of-a-kind.

The 3-D bag from the 'Lobke' series, a stylish uni bag with metal zip, has a special accent: a cut-through revealing a metallic detail.

These timeless classics form part of the 'all year' collection which makes up the 'Beatrix' series. They are available in black, red and grey.